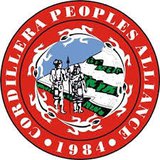 Respect and protect the inherent land and territorial rights of indigenous peoples, as set out in ILO Convention 169 and the UN Declaration on the Rights of Indigenous Peoples, including by recognizing that respect for indigenous knowledge and cultures contributes to sustainable and equitable development and proper management of the environment".
5

The Cordillera Peoples Alliance envisions the establishment of an autonomous Cordillera region in which indigenous peoples can exercise their rights to ancestral domains and self determination, and create a just society within the framework of a truly sovereign and democratic Filipino nation. The CPA is committed to pursuing and promoting the human rights and fundamental freedoms of indigenous peoples and of all democratic sectors in the Cordillera region. It is especially committed to defending the ancestral domains of the indigenous peoples of the Cordillera against usurpation, protecting the resources in these domains against plunder, abuse, and destruction; striving for people’s equitable access to the said resources and to the benefits derived from their utilization; and fighting for the Cordillera peoples’ self determination.

The CPA aims to inform and educate, organize and mobilize indigenous communities and democratic sectors in the Cordillera region for common actions in ancestral land and environmental defense, the advancement of peasants and workers rights to the means and gains of production, the advancement of other legitimate sectoral interests, and the assertion of the right of indigenous peoples to freely determine and pursue their own development. The CPA also aims to draw political and material support for these actions from the wider Filipino and international public.

Press Release: Stop the Criminalisation of Land and Indigenous Rights Defenders in the Philippines