Speakers at a webinar yesterday said ownership of land is the key stumbling block for women's empowerment in agriculture. In Bangladesh, only 15.8 percent of rural land is owned by women, and only one-fourth of that land is effectively owned by them.

The webinar titled "Women's contribution in agriculture and access to land: Covid-19 and beyond", was jointly organised by Association for Land Reforms and Development (ALRD) and The Daily Star.

Keynote speaker Dr Sanjida Aktar, chairperson, Gender Studies Department, University of Dhaka presented the findings of her recent research and said women farmers labelled as an 'assistant' or 'day labourer', while for similar agricultural activities men are referred to as 'farmers'.

According to her, women give more time than men in harvesting and post-production. On average, the women spend five hours a day behind these tasks, while in pre-production and production, livestock rearing and fisheries sector, they are actively engaged alongside men.

According to her research conducted with 200 women farmers and their parents from Rangamati, Dinajpur, Pabna and Sunamganj, women's activities in crop production, on an average, contribute 48 percent to the family's finances.

In terms of land ownership, it was found that in Sunamganj and Dinajpur, none of the respondents has any agricultural land of their own.

Of the 197 respondents of the four districts, only 30 women were found having the access to farmer's card, which means the majority of women in agriculture are not only deprived of access to a wide range of agricultural services, but there is also a failure in the policy level to give women farmers the due recognition they deserve.

Besides, a substantive number of women who have the farmer's ID are presumed to hail from women-led households, the qualitative data suggested.

Rowshan Jahan Moni, deputy executive director of ALRD presented the Bangladesh perspective of international conventions and covenants and said, although Bangladesh ratified many international conventions along with the Convention on the Elimination of All Forms of Discrimination Against Women (CEDAW), the core of CEDAW— article 2 and 16 (1) (c ), marriage, divorce and inheritance rights of women —  is still reserved, with the government's excuse being "the ground is not ready".

Dr Nazneen Ahmed, senior research fellow, Bangladesh Institute of Development Studies said, "While we are advocating for land rights, we also have to demand the other supporting environment that will help women to move forward."

She also shared her experience of researching on the situation of women of the southern belt of Bangladesh, who were able to buy their land from their agricultural activities, with the support of an insurance company and some local NGOs that link them with the market and value chain, she said.

Dinesh Desai, Director MARAG, Ahmedabad, India, said around 90 percent of women in Bangladesh and India are working as unpaid workers in the agriculture sector and we need to push forward their identity.

ALRD chair Khushi Kabir, also the coordinator of Nijera Kori, chaired the webinar. "The recognition of women farmers is important, not just legally or in paper or policy, but with proper implementation," she said.

"While we are working on having a separate bank for women, we should ensure that existing banks have a separate facility for women farmers and rural women producers to give them the required financing for agricultural production," suggested Khushi Kabir. 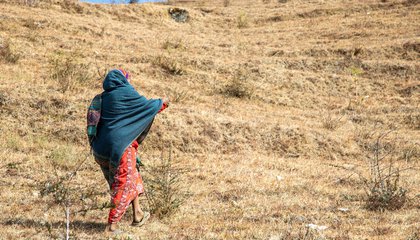 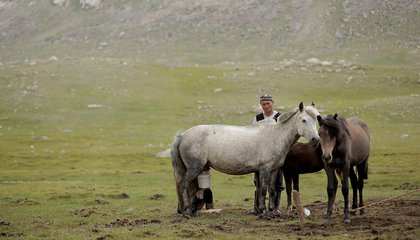