In the Jai Jagat Global Peace march, fifty marchers walked through 2400 kilometres in central India from October 2nd, 2019 to January 30th, 2020. In a step-by-step formation, seeing village after village, in forest after forest, we came across many Adivasis (Indigenous) communities, and became acquainted with different tribal cultures. Among the marchers, we had three Adivasi friends (Nirmala from Chattisgarh, Chunilal from Jarkhand, and Saraswati from Madhya Pradesh) who gave us many insights while we were walking together. In the region of Chambal, the home of half-a-million Sahariyas, we saw extreme malnutrition; in Bundelkhand many displaced Gonds and Kol Adivasis; then the regions of Madhyashetra, Mahakausal and Vidarba we witnessed many Adivasis groups living in precarity outside forest reserves.

In earlier times, when there were people displaced, Adivasis were able to move deeper into the forest and further up the hillsides: for example, from Jamshedpur, Rourkela, Bilai and many other places where industries were established, the Adivasis had the space in upland areas where they could move. They were holding and cultivating land according to their customary rights. Later, they realized that they did not have documents that would match the requirements of the modern revenue system in India, and therefore lost their claim to the land. After Independence when fifty million Adivasis were displaced, many without any compensation, with little legal recourse, there was huge descent into poverty and marginalization.

One of typical stories that the Jai Jagat group witnessed was how when thousands of Adivasis were displaced during the building of the Rajghat Dam on the Betwa River between Uttar Pradesh and Madhya Pradesh in 1984. The Adivasis thought that they would be given other lands in return; today they live in rural slums with little hope of getting any land. To add insult to injury, they have hardly any access to the forest lands for foraging food crops. This was a common narrative throughout the Jai Jagat march. If it wasn’t a dam, it was a nature sanctuary, if it wasn’t a protected area, it was a mining area; if it wasn’t a mine, then it was a forest reserve; in almost cases, the Adivasis found themselves on the wrong side of development without basic human rights.

Rajagopal, the leader of the Jai Jagat, had worked previously with Ekta Parishad, a mass-based land-rights movement dedicated to Adivasis and other landless poor, said to the group:

“I've also travelled through thousands of villages across India over forty years where I was received by indigenous communities. I'm very concerned about our ignorance of the life and culture of indigenous communities. I'm also surprised that the educated community by-and-large are not only ignorant about indigenous people but they also treat them in a sub-human way. They generally describe them as illiterate, backward, ignorant and ‘drunkards’. There is a huge cultural conflict between the Adivasis and the so-called 'Mainstream India'”.

Frequently we stopped for the night in villages of remote living Adivasis and were continually impressed how they could perform community-based music and dance; they had a collective cultural life connecting directly to nature; they had simple and peace-loving lives. Yet surprising was how they were being annihilated because they wanted to seek refuge and livelihoods in the forests. They were being cruelly displaced multiple times and this part of the deep marginalization that had been created by mainstream society.

Indigenous Peoples Across the Globe

According to the Jai Jagat marchers that come from many countries, the challenges were the same in their home countries for indigenous people, whether in Asia, Latin America, North America. With regard to Indigenous groups in Asia some of the marchers recalled: one million Dayaks of West Kalimantan, (Indonesia) and Sarawak, (Malaysia) were being threatened by palm plantations and the timber industry. Some of them lived in tents with no access to their traditional food, their ancestral lands and to the natural life with which they are habituated. A Philippine marcher spoke about the Igorot and Lumad that are under pressure in upland areas mainly because of mining. Uyghurs are being assimilated in China; Shan, Karen were being displaced in Burma (Myammar); large areas of forest lands in Vietnam, Laos and Cambodia are being lost to export companies.

In South Asia, indigenous population tops 150 million which is almost half the world indigenous population (2 million in Bangladesh; 10 million Nepal; 90 million in India; 49 million in Pakistan and Afganisthan) and they all share the common situation of being displaced whether by dam construction, infrastructural development, industrialization as well as to mining, forest conservation and nature sanctuaries. The Governments of South Asia do not recognize Indigenous Peoples for fear of having to recognize them with special citizen rights. In India, they are a non-caste group that are given some benefits under reservation in government jobs and in publicly-sponsored higher education.

The Indigenous population in South Asia is huge and they are potentially trustees of the eco-resources on which the whole society depends. It was expected when this COVID crisis came along that people would understand that our relationship with nature needs to be rebalanced for human survival; currently, the amount of extraction is exceeding the amount that eco-resources that can be regenerated, straining the human-animal-plant interface. This rebalancing can be achieved by having the guardians of the nature, the indigenous people, play a more significant role. We need to invest in them and their knowledge systems in order to ameliorate the twin environmental crises that humans are facing: the loss of eco-resources and global warming.

The overall world population of indigenous people is between 350-400 million, which is about five percent of the world’s population. The homelands of indigenous people are situated where there is about 85% of the world’s biodiversity. They are environmental defenders because in fighting for their ancestral lands they protect the eco-resources and natural life. There are 40 million indigenous people in Latin America of which 20 million live in the eight countries of the Amazon Basin. They live while conserving the Amazon. With the current policies of Latin American governments, most notably Brazilian President Bolsonaro, there has been an appeal made from many of the indigenous leaders to stop the advance into the region. This was particularly acute just before and during the Covid-19 pandemic because of the extensive coverage of forest fires. The fires burnt down an area of 3500 square miles, and these forests provide the world’s oxygen and are key to sequestering carbon and reducing global temperatures.

According to researchers from California, Robert Walker et al:

“Seven indigenous land activists were killed in 2019, according to the Brazilian not-for-profit Pastoral Land Commission, the most in over a decade. Indigenous environmental leaders in the Colombian and Ecuadorian Amazon have also been murdered. Such killings mostly unsolved…Paulo Guajajara was gunned down by illegal loggers in November [2019] for defending Guajajara territory as part of an armed group called Guardians of the Forest”.

Just before land defender, Paulo Guajajara was murdered, he had given a statement to Reuters:

“We are protecting our land and the life on it, and we have to protect this life for our children’s future”.

There have been a number of important steps that have been taken at the global level: The UN Declaration on the Rights of Indigenous Peoples (2007) containing 46 Articles recognizing the Indigenous People’s right to dignity, self-determination and non-discrimination. Article 10 speaks of their free, prior and informed consent (FPIC) before any relocation from their territories, which became a fundamental principle in international law. So even in countries like India, that have not signed the Declaration of Indigenous people, they are compelled to practice the free, prior, and informed consent.

FPIC was picked up in many other UN Treaties and Agreements including the Voluntary Guidelines on the Responsible Governance of Tenure of Land, Fisheries, and Forests (VGGT), which was part of the FAO’s World Food Security Committee. Apart from having public hearings to ensure FPIC, it is also important for the national governments to strike a balance and provide resources to both indigenous communities and private interests, without creating deeper conflict. It is also important to make the Adivasis the shareholders in all the companies and mining operations.

In terms of the Sustainable Development Goals (SDGs), there is not sufficient focus on Indigenous People and their role in making the world more sustainable. Indigenous people can help to change people’s lifestyles since they've lived closer to nature, protected and worshipped nature and they live in a community where sharing and caring is part of their culture. For a market-oriented, consumer-focused society, the Adivasis worldview can offer a lot in terms of illustrating different values and multiple ways of living.

If we do not radically change the way we live, work, travel and enjoy, the human family will not survive as we know it. This pandemic has already shown the consequences of too much extraction from too few eco-resources. Once this is over, another will begin. This is not a medical problem; it is a civilizational one.

Some of the local responses are Indigenous reserves which were set up in various regions of Colombia in the 1970s. The first one in 1971 was the Nasa community and it was called the Indigenous Regional Council of Cauca (CRIC) and is one of the strongest Indigenous associations in Colombia and was unique across the world. In the communities of North Cauca, the Indigenous Guards (Guardia Indigena) was set up in 2001, a nonviolent peace force in which the volunteers carried a ‘sacred’ staff; they helped to patrol illegal mining and the presence of armed groups. There was also a presence of narco-trafficking which they also contained. The heightened violence was reduced because of this nonviolent force.

There were 33 autonomous communities in Southern Mexico in Chiapas that were set up following the civil war with the government in 1994. Also, the communities realized that many of their young people (as many as fifteen thousand youths) went missing during the narco-trade. The communities began their age-old methods for dealing with the situation. Rather than putting so many young people in jail, they began reconciliation work and transitional justice.

The other interesting nonviolent method that was implemented was the movement of Mother Earth Water Walkers. These Indigenous Grandmothers started walking around large bodies of water in 2003. One of the most well-known was Josephine Mandamin who walked about 25,000 kilometers around the Great Lakes in North America (one of the largest freshwater lakes). They raised awareness about the sacredness of water. This must be kept in mind while protecting the resource against pollution, fracking, gas exploration, and overuse. 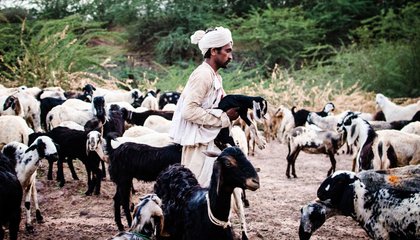 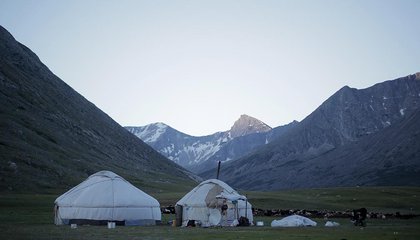