"We struggled a lot and you could hear at 9 o’clock our PM said that they would take it [the law] back, it’s giving me tears in my eyes." - Dinesh Rabari, ILC member from MARAG India

Just yesterday, farmers in India called off the year-long protests against the three contentious farm laws after the government conceded to the farmers’ demands.

The government of Prime Minister Narendra Modi made the announcement to repeal the laws on November 19, and ten days later the Indian Parliament passed a bill to repeal the laws introduced in 2020 to deregulate and open up agricultural markets to big companies. This was a victory for the farmers, with whom ILC Asia members shared the sentiment and were made hopeful in a seemingly shrinking democratic space. There was widespread criticism that the laws were hastily passed without proper consultation.

“I was very excited and happy. This has been our struggle since last September. We went in solidarity with the farmers’ movement in Delhi twice and we have been supporting the farmers’ movement in another state. We have been part of their struggle so we are all the more happy,” said Anu Verma, facilitator of the South Asia Pastoralist Alliance (SAPA), a network of pastoralists and herders from across India, Nepal, Bangladesh, Bhutan, and Afghanistan. They are helping governments amend pasture laws that recognise the role of pastoralists in healing our planet.

“We struggled a lot and you could hear at 9 o’clock our PM said that they would take it [the law] back, it’s giving me tears in my eyes. It’s a victory and I can say that still, we have a hope in this country that democracy is active,” said Dinesh Rabari, an ILC member from the Maldhari Rural Action Group (MARAG), based in Ahmedabad, India. Dinesh is a pastoralist and has always had a passion for working on human rights.

Why the laws were contentious

The move also came ahead of elections for Modi’s Bharatiya Janata Party (BJP) in Uttar Pradesh, the country’s most populous state, which is also home to a large number of farmers. Political analysts say that the law reversal is influenced by these elections, especially since the support for Modi has been lacking due to the government’s response to the Covid-19 pandemic. The Government of India had never involved farmers’ unions and leaders during the lawmaking process, nor were they involved in the pre or post-legislative consultation process.

The laws seek to alter the legal framework of India’s agricultural policies that would disadvantage smallholder and marginal farmers in India.

The laws would allow farmers to sell crops to buyers beyond government-regulated wholesale markets, where farmers are assured of a minimum price. Smallholder and family farmers feared the changes would dismantle the minimum support price (MSP) system, implemented exclusively for rice and wheat, leaving them vulnerable to competition from big businesses.

Tens of thousands of farmers, including many elderly growers and women farmers, across the country have been camped out on the outskirts of the capital New Delhi since November 2020. Braving the cold and a severe second wave of the Covid-19 pandemic, the farmers who mainly came from Punjab and Haryana, demanded the government repeal the farm laws and apply the MSP system for crops beyond rice and wheat. More than 60 per cent of India’s 1.3 billion people still depend primarily on agriculture for their livelihood, though the sector accounts for only about 15 per cent of the country’s economic output.

ILC in solidarity with the farmers' movement

ILC Asia members stood in solidarity with farmers, pastoralists and agrarian communities in India by publishing a sign-on statement. We expressed our deep concern that the Indian government had passed a bill that would loosen rules around the sale, pricing and storage of farm produce. Many ILC members in India took part in the protests - from the group of young farmers from Ekta Parishad, women farmers, to pastoralists.

“I am a pastoralist and I also have land. I feel for my farmer friends and their struggle. For 10 days we stayed with them in the cold and in the camp. It was amazing and gave me so much spirit [even though] 18 months was not a small time.” said Dinesh.

ILC members in India are convened together in the Land Forum India (LFI), a multi-stakeholder platform that consists of civil society, government officials, international organisations, and the private sector. Responsible land governance remains a complex issue aggravated by a combination of systematic legal and institutional failures. LFI contributes towards poverty alleviation through enabling land tenure security, ecosystem restoration, mitigating climate change and ensuring the governance of marginalised communities and groups on common property resources, with a focus on women, youth, Dalits, tribals, landless, minorities and pastoralists.

With the new air of hope that the farmers are embracing, ILC members believe that the government still needs to do more in protecting farmers’ economic rights while at the same time being responsible for the planet. “The agriculture sector must be mainstreamed in the Indian economy. Industrial growth should happen in parallel, but it should be environmentally positive. The government at the state and central levels must invest 50 per cent of the budget in the agriculture sector,” said Mohan Dangi, a member of ILC from Prayatna Samiti.

"[The farmers'] demands are extremely important, particularly the withdrawal of false criminal cases against the farmers as well as compensation to be provided to over 700 farmers who died during the year-long protests. We hope that the government will not ditch the farmers and do it timely," said Vidya Rawat, a member of ILC from the Social Development Foundation (SDF).

Farmers’ leaders said they would meet in mid-January to review progress on the government’s assurances. As Anu said during our interview, “As a pastoralist, we are celebrating this news but we will still be waiting, demanding and putting pressure on our government.” 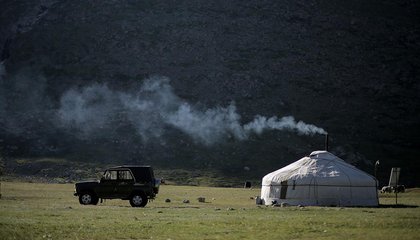 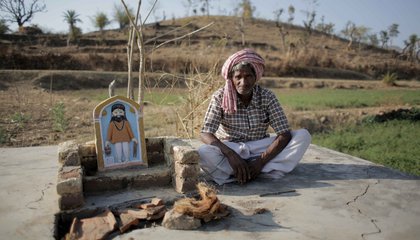 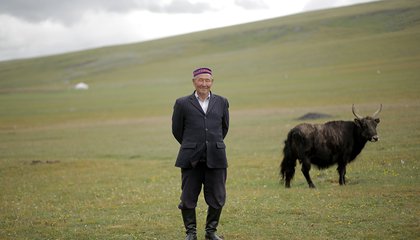 Press Release: Local solutions from the ground up key to community-based ecosystem restoration